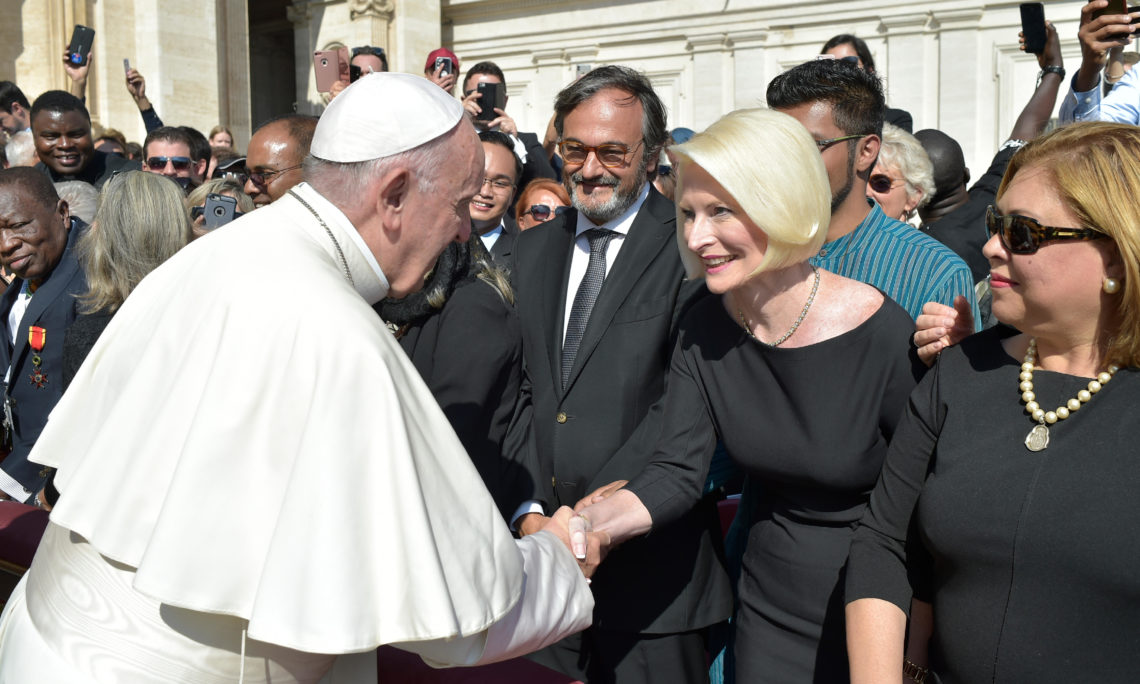 Ambassador Gingrich attended the opening Mass of the 15th Ordinary General Assembly of the Synod of Bishops, celebrated by Pope Francis October 3 in St. Peter’s Square.  The month-long meeting of Catholic bishops is on the theme of “Young People, Faith and Vocational Discernment.”

More than 300 participants are gathered in Rome for the Synod, including 250 bishops, almost 40 young people from 5 continents, and other auditors and experts.  Cardinal Daniel DiNardo, President of the United States Conference of Catholic Bishops, leads the six-person U.S. delegation.

Pope Francis has called on this Synod, the third of his pontificate, to “help the Church better accompany all young people in a joyful life and actively build up the Church and society.”  At the end of the Synod, participants will present a final report to Pope Francis.

Established by Pope Paul VI in 1965, shortly after the Second Vatican Council, the Synod of Bishops has played an important role in preserving and strengthening the Catholic Church’s teaching.  Pope Francis will canonize Pope Paul IV October 14.