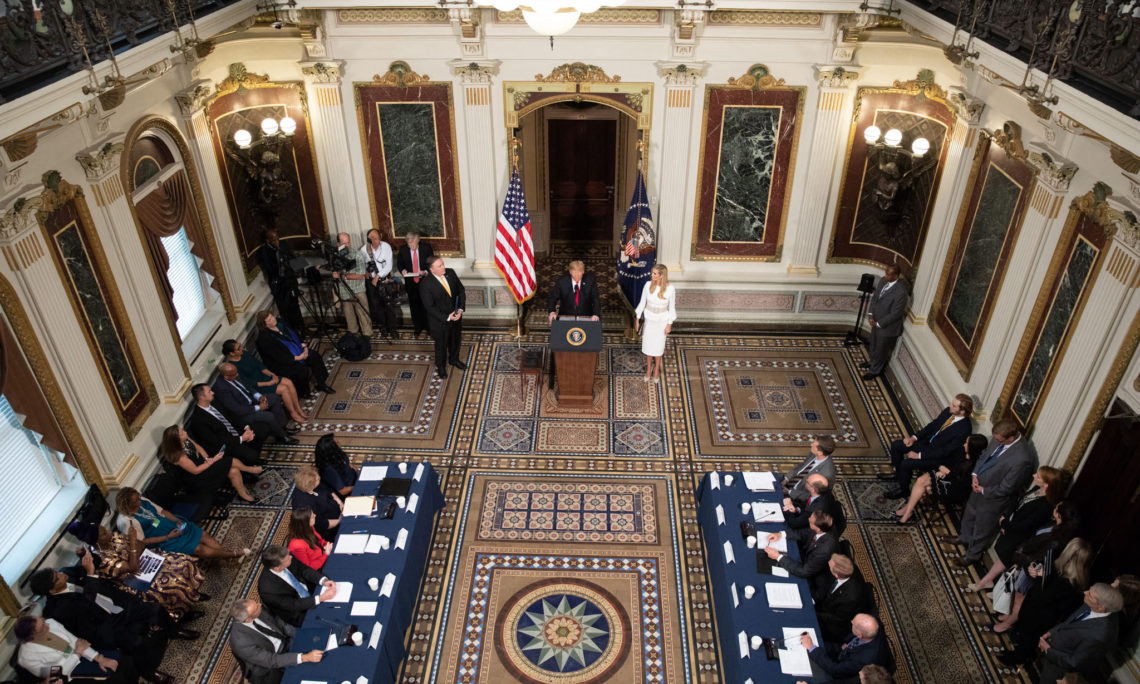 On October 11, President Donald J. Trump convened the first annual President’s Interagency Task Force to Monitor and Combat Trafficking in Persons (PITF) meeting to discuss the Trump Administration’s efforts to combat human trafficking.  There are an estimated 24.9 million victims of this global crime.

The PITF is a Cabinet-level entity, consisting of 15 U.S. departments and agencies, which work tirelessly to prosecute traffickers and protect survivors.

Members of the Advisory Council on Human Trafficking, comprised of survivor leaders appointed by the President, attended.  The recipients of the 2018 Presidential Award for Extraordinary Efforts to Combat Trafficking in Persons were also honored at the meeting.

The Trump Administration is fighting human trafficking on all fronts through the following key initiatives: