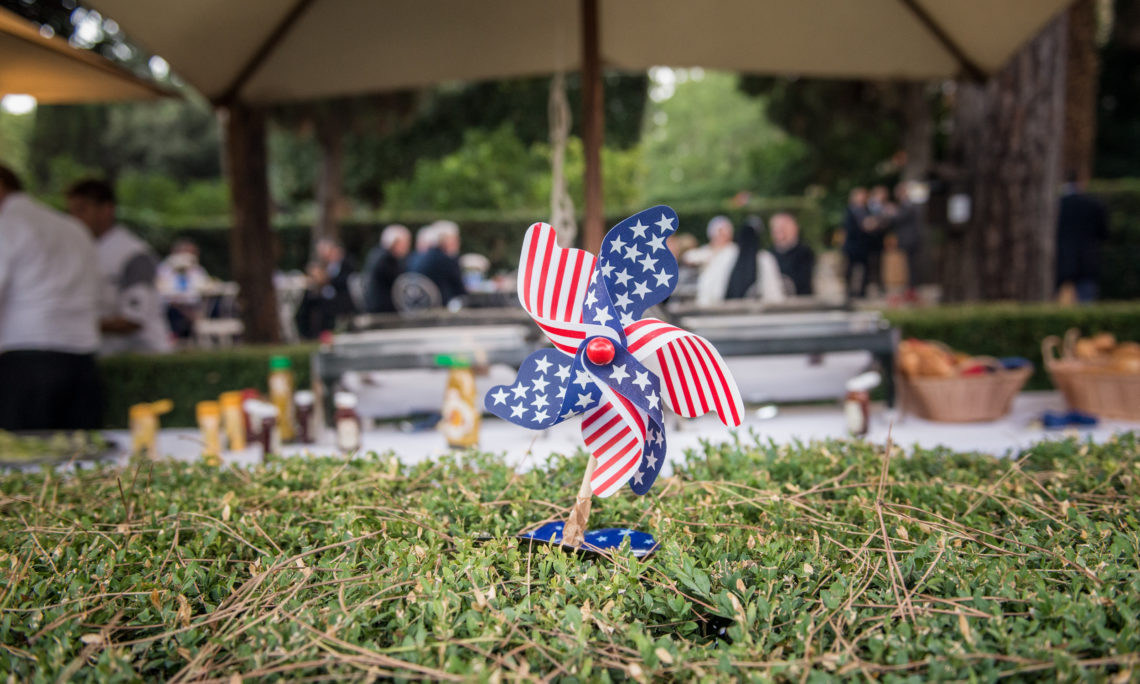 On June 27th, Chargé d’Affaires, Louis Bono and his wife, Jennie, hosted the U.S. Embassy to the Holy See’s annual Independence Day Celebration. The guests of honor were His Excellency Charles C. Thompson, Archbishop of Indianapolis, His Excellency Paul D. Etienne, Archbishop of Anchorage, and His Eminence Joseph W. Tobin, C.Ss.R., Cardinal Archbishop of Newark, who all received the pallium from the Pope on June 29th.

Happy Independence Day from our friends!